Of course trauma to the head can, and often does, lead to hair loss. And in almost every case this hair loss tends to be patchy or regional. But there is yet another way to lose hair on the head that does not include any physical contact at all.

The hair follicle isn’t just a hair generating machine existing in a vacuum. It is complex organ dependent on hormones and other biochemistry supplied to it every minute by other organs of the body. If for some reason that lifeline of resources is significantly disrupted, hair loss may result.

Case in point. When I was in my residency in a New York City hospital a woman in her sixties was admitted to the surgical floor from the emergency department after being hit by a bus. Literally by a big city bus.  On admission she had a very thick head of hair along with a fractured pelvis and other injuries. As I cared for her over the months of her recovery I noticed that her hair had gotten thinner and thinner. At one point it had become so diffuse that I could see straight through to her scalp.

Her hospitalization took months, and in that time she endured several surgeries. When it was time for her to begin physical therapy I wondered if her hair would get any stronger as her bones did. I should say I hoped it would, but in reality I doubted it. But this was well before I became a hair restoration physician, so I had no clue. I doubted it considering how extensive the loss was. But as she followed up in our out-patient clinic over the course of about six months after being discharged from the hospital I watched her hair getting thicker and thicker with each visit. In the end her massive wall of hair had fully returned. That was a milestone for me in my medical training because it immediately struck me that her body needed the resources for itself to heal after her terrible accident. The body simply did not see her hair as priority and shut it down by somehow putting the hair follicles into a sleeping phase. When the body recovered and had the extra resources it woke the hair follicles up, much like after a hair transplant, and everything went back to normal.

After observing this patient’s hair loss and recovery I started to notice the hair of other long term patients throughout the hospital- and sure enough I discovered that many who stayed in the hospital for a month or more demonstrated a noticeable amount of diffuse thinning.  And this applied to all medical and surgical patients, not just trauma victims. Even those with medical conditions that are not normally associated with hair loss displayed that same diffuse thinning. I certainly hope they all recovered their hair after discharge like my patient did.

In my analysis I believe that it was the physical stress of the ailment along with the psychological stress of being in the hospital that lead to this unfortunate diffuse hair loss. I also surmised that their failure to regularly move as a healthy person would might have played a significant role as well. In medical school we are taught about the different body systems as if they were independent. But after practicing in the real world and taking time to observe what’s actually happening you begin to see the unbelievable amount of interdependence between body organs and systems. Not all have been identified much less described. This hair thinning response to full body trauma is just one.

I only wish I had taken serial photos, biopsies, and taken family hair loss histories at the time I was training in the hospital.  It would have made for a fine hair transplant textbook chapter. 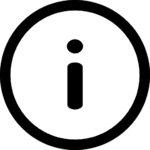 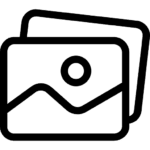