Follicular Unit Extract (FUE), an alternative procedure, may be offered to patients suffering from hair loss who aren’t candidates for the more reliable FUT procedure or simply need very small procedures. This procedure should not serve patients who have large areas of thinning or balding and require more than 1,200 total grafts, unless it is used in conjunction the FUT procedure.

Warning: FUE is not a non-invasive or scar-free procedure, despite claims on advertisements and websites. This procedure is more likely to cause donor scarring and damage than any other hair-transplant technique. This procedure has a lower success rate than the equivalent strip case, which starts at 15% less or worse. FUE should not be used as an alternative to FUT, as some unethical doctors have done for years.

A small dermal punch is used during FUE to remove hair roots one at a time from the donor area. This contrasts sharply with the FUT procedure, where a small strip of hair is first removed from the donor area and then dissected by an army trained technicians under microscopes.

FUE scarring does not leave a narrow line of scarring along the back of your head like FUT. Instead, it leaves a trail of tiny white dots that run throughout the donor area. The scarring looks like someone shot a gun of buckshot into the backside of the head, creating a random pattern that leaves scarring areas and punctate scars.

There are two advantages the FUE procedure enjoys over the FUT procedure:

First, a strip does not need to be removed. This is a benefit for hair loss sufferers who can’t bear the idea of having the procedure done on them, but are comfortable with tiny skin punches. This is a psychological benefit that allows patients to get a hair transplant they might not otherwise consider.

Second, because there is no continuous linear scar, some patients may be allowed to cut their hair very short in the back and sides without others noticing.

These benefits are however more illusionary than anything as the downsides to this procedure far outweigh the advantages for large areas of balding and thinning.

If this procedure is misused by performing multiple FUE sessions or large FUE sessions at once, it can cause irreversible and major donor destruction in most patients. This results in such a loss of hair at both the back and sides that even if the hair is long, it may still look unnatural and patchy.

How an FUE procedure is performed

If hair loss is severe enough that a person feels the need to act, they can reach out to a local doctor to discuss their options. The doctor will assess the extent of hair loss and determine how many can be moved. He or she also will consider the likelihood and location of future hair loss based upon age and family history. The doctor will then devise a plan to move healthy, growing hairs from the back and sides of your scalp into the thin and balding areas on the top and front of your scalp.

There are several ways to get rid of these hair roots. These “grafts” are located in the back part of the scalp. First, the Strip method (also known as FUT) is used. This method is the most effective way to harvest grafts from a donor area. It is still the standard for hair transplant methods. To perform the procedure, the patient must agree to have a small amount of skin taken from their back. Although it has been proven safe and painless for many decades, some patients are unable to tolerate having a small amount of their hair removed from the back of their heads.

In 2001, however, a new approach was presented. Instead of removing the skin and closing it with sutures like in FUT, a tiny punch was used to remove the individual grafts from each donor area. This was initially praised as a nearly miraculous procedure. This would be the new standard for open and strip hair transplantation. Even the most timid patients could tolerate skin that was less than 1mm in thickness. What do you think?

FUE didn’t live up to the hype. FUE was advertised as a non-invasive procedure that didn’t leave scarring and gave results just as good as FUT. However, FUE failed to grow as fast as FUT, looked less natural and left scarring that is much greater than FUT.

FUE was accepted despite this fact check. FUE was a great option for patients who couldn’t bear to have a strip harvested because of emotional reasons, but were open to accepting its disadvantages. If a patient visits during consultation and it is determined that the patient cannot undergo a strip procedure, the FUE option may be offered.

A doctor must give informed consent before performing any medical procedure on any American patient. The doctor must inform the patient about the procedure and explain the pros and cons to them before they offer it. FUE is not considered the standard in hair transplantation, despite claims made online by unscrupulous or uninformed doctors. Patients must be fully informed about the procedure and the pros and cons.

After explaining the pros and cons of each procedure, the doctor will book the patient for FUE and make the first payment to secure their appointment.

Day of the FUE procedure:

The patient should eat breakfast on the day of the procedure and then present themselves to the office wearing loose, comfortable clothes that can be thrown out when the patient returns home. Because antiseptics that were used during the procedure are likely to get on the clothing and stain it, this is important.

After the plan is discussed, the patient will sign an informed consent document. This document outlines the pros and cons of FUE. The patient will then be escorted to the procedure room where they will lie down on what appears like a massage table. Patients can bring their smartphone and listen to music via their earbuds.

The doctor will then apply local anesthetic to the area and allow it to soak in for about ten minutes. The entire area of the donor, or at most the area that the doctor will be working in, should be completely numb if the procedure is done correctly. The doctor will then use magnifiers to take a small, typically.9mm, punch and begin scoring around small groups of hairs. Be careful not to push the punch further than 3mm below the skin. It is painless.

After scoring the area around the graft, the doctor will use a fine forceps to attempt to remove the graft from the skin. This is a tedious task that requires a lot practice and experience. It is checked to make sure all parts are intact if the graft is freed from the skin. If it is not, the partial transplant will be removed and an alternative approach taken. This is the issue inherent in FUE. This is a time-consuming and blind procedure that can cause graft damage, regardless of how experienced and meticulous the doctor is. FUE grafts can sustain trauma from torsion, traction and compression.

This contrasts with the FUT (Strip), which removes all grafts from the scalp in seconds. Then, a team of technicians using microscopes divides them down into grafts. There is almost no trauma to the grafts.

FUT can be visualized, whereas FUE is blind. FUT is a labor-intensive procedure that requires the involvement of a doctor and possibly one assistant. This can lead to fatigue and quick fatigue. However, FUE is performed by 9 people.

The patient is permitted to leave the hospital after the treatment, which is usually longer than an equivalent-sized FUT. There are no stitches or staples to be removed, so there is no need for the patient to return ten days later. We ask that patients visit us at 2 weeks to check on how the holes are healing.

Complications of the FUE procedure:

FUT is relatively simple, but FUE patients who receive large amounts of grafts at once often experience the following:

Between extraction attempts, you should leave at least one FUE diameter. This is easy when there are fewer FUE extractions. Mega-session FUE cases are difficult because there are often multiple punch attempts. This causes a confluence scar which can be very harmful to the blood supply as well as the nerve supply of the donor.

If the doctor observes that more than 30% of the attempted extractions result in damaged grafts, the procedure should be stopped. Except for a small fee, all money should be returned.

FUE doctors are plentiful in the world today. There are two types of FUE doctors: those who offer FUE and those who do not.

A doctor who can only perform FUE is not a trained hair transplant surgeon. He is denying patients the best option in the Hair Transplant industry if he cannot or won’t offer FUT. This is not only illegal and unethical, but also a violation to many state medical regulations.

A doctor who is able to provide both can be trusted to deliver the best possible treatment for each patient. FUE practitioners may claim to perform FUT, but they don’t. This is a warning to hair loss patients.

FUE-only doctors often offer FUE to patients illegally, as they do not perform the procedure. This is a common practice in the United States. Although this problem is starting to be noticed by law enforcement agencies in different states, authorities have larger fish to fry at the moment and these doctors are able to continue their reckless behavior. These doctors allow non-doctors to perform FUE procedures for them. Sometimes the doctor isn’t even present in the office. In most cases, they aren’t even in an operating room. These doctors buy a “FUE machine” to perform the procedure and allow other licensed personnel to use it on patients. This is a prohibited procedure in most states. Patients are not told the truth.

Only visit doctors with a track record of performing both FUE and ESOP procedures if you’re considering having one. Before you even consider getting an FUE procedure, think carefully. Although it might look appealing, FUE is a much more effective procedure than the FUT. 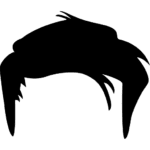